“Poldark” is nominated for a National Television Award. Voting for nominees from a “long list” was conducted in the fall and the NTAs announced the “short list” (those that one the first vote on the long list) this week. While Aidan Turner is not nominated in an “Acting” category, Poldark is nominated in the “Period Drama” category. Here is the list of all nominees in that category.

Voting is only open to UK residents. They allow one vote per email address. They ask for a valid UK Postal Code. Originally we thought that as a long as you put in a UK Postal Code, you could vote no matter where you live, however, the small print about the contest says that “Only votes from UK IPs would be counted”. “IP” stands for “Internet Protocol”. Each device is assigned a specific number which is a “code” for three things, one of which is your location. That makes us believe that while it may look as if your vote counts, if you are using a computer/device with anything other than a UK IP , your vote will NOT count. One way to get around it is if you have a browser plug in like Chrome’s “Hola” plugin which allows you to choose a country that you want to assign as your IP. I tried this with my Hola plugin and I did get a different end screen than I did when I just used a UK Postal Code without a UK IP.

@ATurnerNews on Twitter
@SnowLionness It's not Aidan Turner's birthday or my birthday! It's another friend's birthday. Plus did you ask the original poster if you could use their photo? ~mary
h J R
@aturnernews 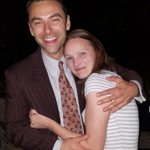 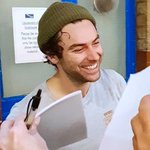 @Chopkins14 That's what I thought at first but it's the top of the headphones.
h J R
@aturnernews