‘Poldark’ heartthrob Aidan Turner on playing a sadistic Irish terrorist, and cats
The Irish actor discusses his belated return to the stage play a murderous, cat-loving terrorist in Martin McDonagh’s ‘The Lieutenant of Inishmore’ 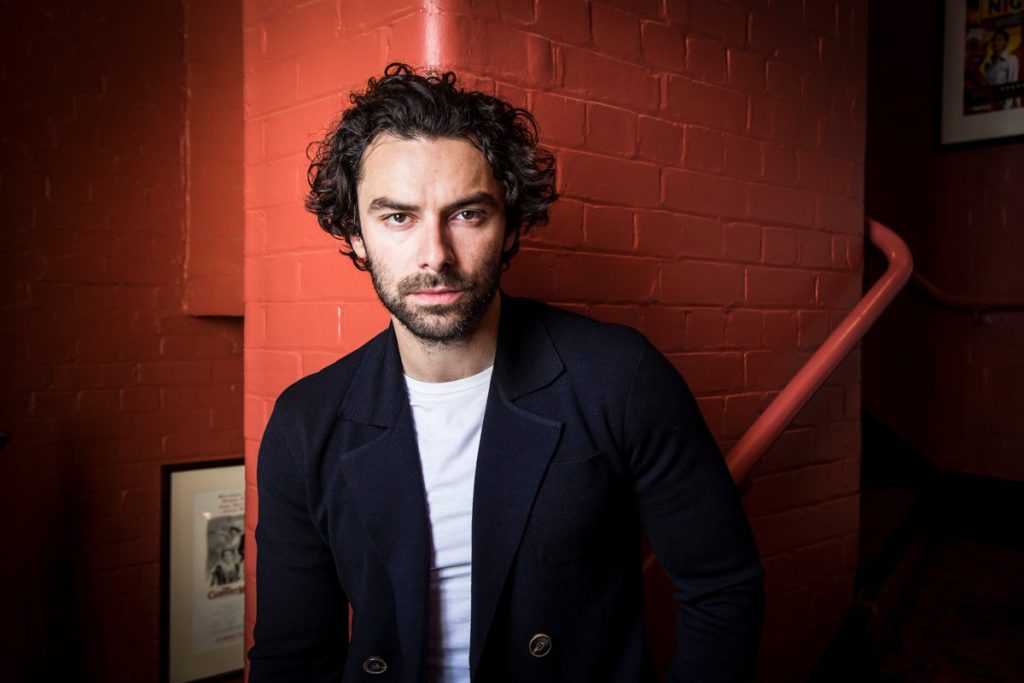 A decade ago, Irish actor Aidan Turner traded in a budding theatre career for a run of screen successes that saw him play a vampire (‘Being Human’), a dwarf (Peter Jackson’s ‘Hobbit’ trilogy) and, of course, a sexy topless Cornishman (‘Poldark’). Now, he’s finally returned to the theatre to play a psychopathic cat-loving terrorist in Michael Grandage’s revival of Martin McDonagh’s violent 1993-set comedy ‘The Lieutenant of Inishmore’.

Tell us about Padraic, your terrorist character.

‘He’s a member of the INLA: the IRA won’t let him in, he’s too crazy. The play opens with him torturing this poor young lad who was selling weed at tech school. And he gets a phone call to say that his cat is sick and he breaks down. You know, he’s a sensitive guy. In a way I don’t think he’s a bad person, he’s just really, really confused.’

‘He’s a very charming guy, he’s very funny – obviously utterly unbeknownst to him. On the one hand he’s a terrorist, on the other hand he’s a cat lover, there’s definitely another side to him.’

Are you expecting to shock ‘Poldark’ fans?

‘I think anybody’s going to find it shocking, but it’s all wrapped up in the humour. If you’re used to myself playing Poldark then it’s not like anything I’ve done before.’

How is all the ‘Poldark’-begat fame?

‘It does get a bit ridiculous sometimes. Last week one of the new “Poldark” photos was released of me coming out of the sea or something and it was on the cover of five or six newspapers. I only found out when I came in – I thought people were giving me funny looks on the tube. But it only flares up when the show is on air. I can handle it.’

Do you feel objectified by those topless pictures?

‘Do I feel objectified? No, I don’t. I think some people want to feel I’m objectified for me. But every still taken from “Poldark” is justified, they’re not gratuitous or silly.’

You have to work with several cats in ‘The Lieutenant of Inishmore’ – how is that?

‘I’m allergic to cats, so that’s a tricky one.’

Wow. Er, what are you going to do about that?

‘Just a load of antihistamine every night.’

Have you met the cats yet?

‘I’ve met the cat on the poster. It was a tricky day because my allergies were flaring up and I hadn’t told anyone I was allergic.’

‘No! During the photoshoot I thought: Shit, if Michael twigs it he’s going to sack me. The funny thing was when I walked into the photoshoot he said: “I hope you’re not allergic to cats” and laughed and I said: “Of course not”, and just thought: Oh shit. But it’s all worked out.’