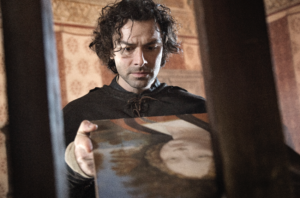 “Hidden Remote” conducted an interview with Frank Spotnitz in which he discusses Leonardo. he says they were about half way through when they had to stop due to Covid-19 and are starting back up with precautions.

HR: I know there’s a Leonardo series coming up. How is that going?

FS: We did have to stop because of the coronavirus situation and had to move a lot of locations. We had been planning to film in Mantova, near where a lot of the outbreak occurred.

We’re hoping to resume soon. One of the good things—if you can say there are any good things about this—is that, because Italy was hit first, it will be one of the first to come back, as well.

But, we’re going to come back and obviously be very, very careful. Safety is our paramount concern.

We were lucky to be a little more than halfway done when it stopped; so hopefully, we’ll be able to finish in the near future.

And we were able to edit all the footage we’d shot during this period. We made use of the time.

HR: Will that tie in with the Leonardo in Medici?

FS: It will be completely different. That’s the other funny thing: If you look at the character of Leonardo in the third season of Medici, he’s used as a political tool by Lorenzo de’ Medici.

In the Leonardo series, the whole show is about Leonardo. In fact, Lorenzo is not even a character. It’s a very different take.

On Friday, a member of the Leonardo costume department (not cast mate as I said earlier) , Sergio Donato, posted the following on Instagram about returning to the set! (We added the translation) 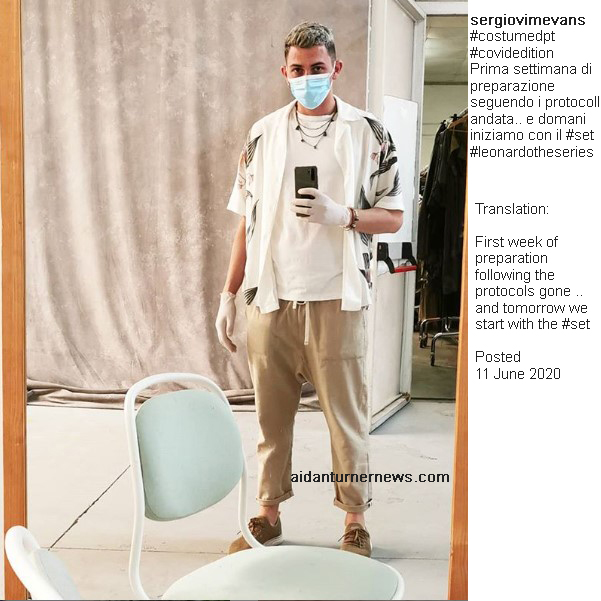