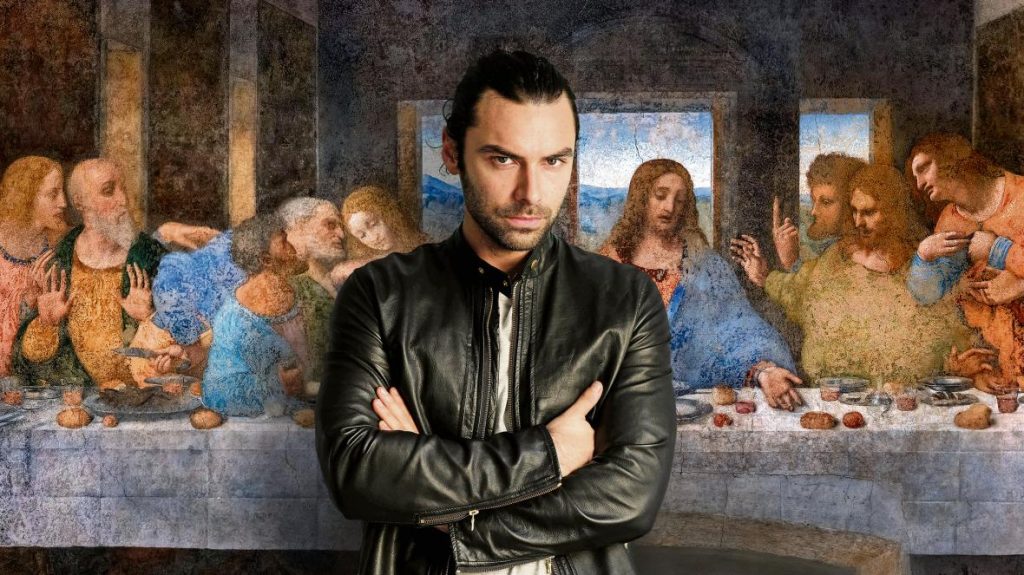 Many of you won’t be able to read this full articl online so I have a link to a pdf below.

I’m trying to work out where Aidan Turner is Zooming from. Is it London, where he moved to in 2017 after his Ross Poldark became the drooled-over king of Sunday-night television? Dublin, where he grew up, trained as an actor and returned to spend the first lockdown with his parents? Or Rome, where he shot his new series, Leonardo, in which he plays a young Leonardo da Vinci?

“None of the above!” Turner says. “I’m in Toronto.” The enigmatic charm, feline eyes and gleaming locks that he deployed so mercilessly in Poldark, The Hobbit films and Being Human are all there. “My missus is working here,” he explains, and so is he. That’s the American actress Caitlin FitzGerald, his partner of three years…

The rest of the article is here in PDF form.
Poldark’s Aidan Turner on playing Leonardo da Vinci.