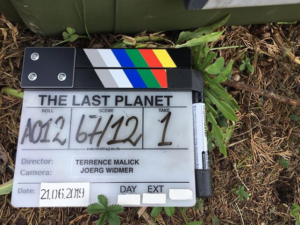 About the film :
“The film will reportedly convey passages “in the life of Christ” through representing evangelical parables”

“the film is about humanity, starting from the Big Bang to the Apocalypse.”

Filming news:*some of these are google translations, so bear with me!*
4 Dec 2019 Quote from Malick on the end of filming
The director also provided an update on The Last Planet, a film that will convey passages in the life of Christ through representing evangelical parables, starring Mark Rylance as Satan, Matthias Schoenaerts as Saint Peter, and Son of Saul star Géza Röhrig as Jesus, well as Joseph Fiennes, Douglas Booth, Alfonso Postiglione, and, Lorenzo Gioiell.

“We have just finished shooting, I am very happy,” he said. “A few days ago we finished shooting in the desert of Jordan. [It’s] a multicultural film with a cast that brings together Middle Eastern actors, a German troupe, and even Italian artists in the costumes department and set design (costume designer Carlo Poggioli and production designer Stefano Maria Ortolani). Now I go back to Texas to edit the film. It will take at least a year because we have a lot of material, and since we go digital, we end up with many more images. My favorite moment of the work is the editing. There is no longer the set pressure, the uncertainty of the weather on the shoot. I am very happy to be here at the end of this long journey.

The American filmmaker Terrence Malick set his bags two weeks ago in Ouarzazate. The director and his team are shooting the film “The last Planet” with several internationally renowned actors. This opus on the life of Jesus of Nazareth gathers in casting, Géza Rohrig, in the role of Jesus, and Mark Rylance who plays the character of Satan, Mathias Shoenart in the role of Pierre the apostle and Joseph Fiennes to name only those -the.

The executive production in Morocco is provided by Kasbah Film directed by Karim Debbagh. The team has two weeks left on the spot since the shooting should not be completed before November 18th. ** Note: Morroccan Production Company site says filming until Dec 12**

11 Oct 2019- Note from Italian Travel Twitter –
Terrence Malick chose Puglia as a location to shoot the next scenes of his latest work, The last planet. Therefore, in these days there is great excitement in the streets of Ginosa, the town that will host the international cast of the film – where the name stands out

11 October 2019 – Terrence Malick has chosen Puglia as a location to shoot the next scenes of his latest work, The last planet. Therefore, in these days there is great excitement in the streets of Ginosa, the town that will host the international cast of the film – where the name of Oscar-winning Mark Rylance stands out, who will play the part of Satan.

Apparently, the evocative view offered by the Ginosa ravine has kidnapped the director and convinced him to move the movie set here, after a long tour to Italy. And once again Puglia is reconfirmed as the perfect location for films with an international flavor.

As the local media report, the country is already ready for production. Thursday 10 October, to allow the preparation of the set, via Belledonne will be closed to traffic. This is one of the main streets of the historic center, from which a small street unravels that allows access to the ravine of Rivolta, where the scenes of the film will be shot.

Here time seems to have stopped: the landscape offers incredible glimpses, where nature is the master. The long canyon that extends for about 10 km, born from the erosion of millennia of meteoric waters that have been there, is punctuated here and there by cave dwellings, inhabited until the times of the Middle Ages, and by rock churches dug into the rock.

It is not difficult to understand why this natural show has conquered Terrence Malick, enough to convince him after only one glance to bring his troupe here to shoot some shots of The last planet. The film returns to talk about spirituality, after the great successes of The tree of life, which won the Palma d’Oro at Cannes in 2011, and the recent La hidden life – Hidden life, presented at the Cannes Film Festival in 2019.

For the shooting of The last planet, Terrence Malick opted for various Italian locations. The first shots were shot in Anzio, at the Tor Caldara nature reserve. Then the production moved to Iceland, to return immediately afterwards to our country. In recent weeks, the film has touched on some of the most beautiful places in southern Italy, such as Matera and Gravina di Puglia. Now everything is ready for his arrival in Ginosa, where Malick himself – as opposed to what happened in other locations – will be present to shoot the footage. 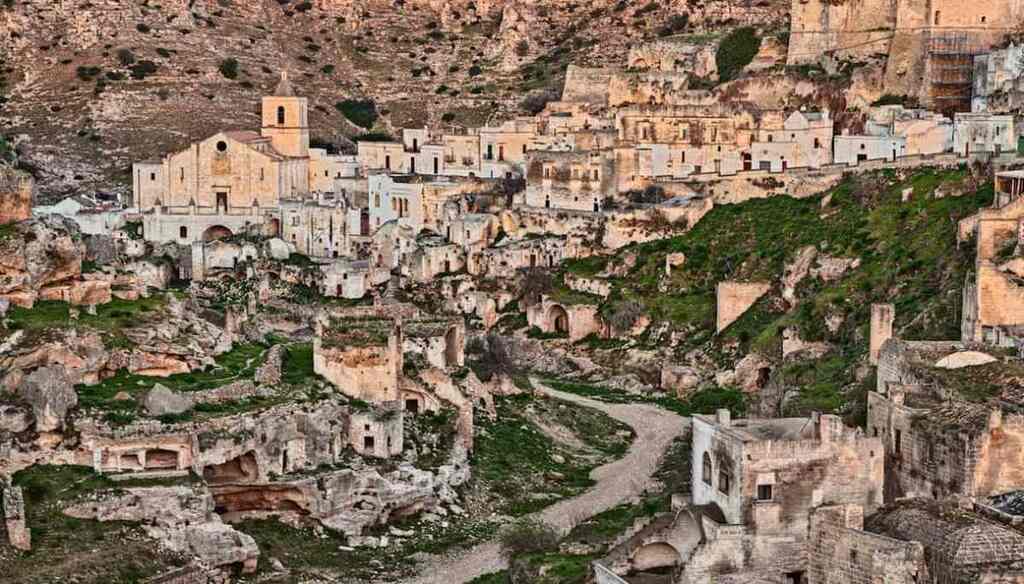 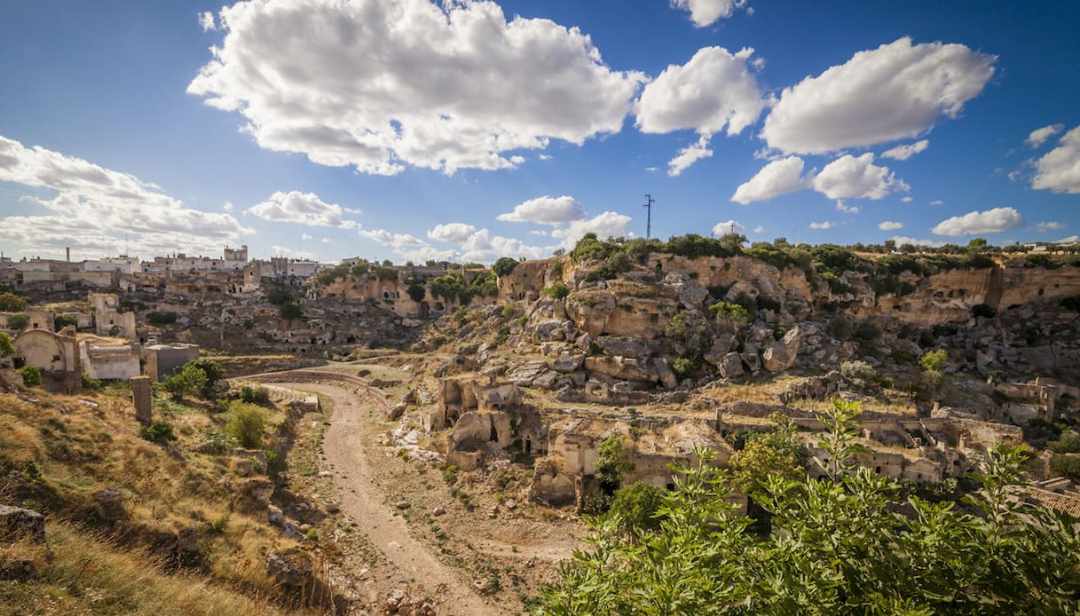 June 2019: Filming was near Anzio, south of Rome, notably in the nature reserve of Tor Caldara.

27 Sept 2019 -Note from Italian fan Anna Landi “I read that the shooting of the movie The last planet in Matera will begin the second week of October. I am excited that Malick has chosen their city. At Anzio they shot at the beginning of September, perhaps Aidan was not there”

Behind the Scenes – Set Photos
source:Sassilive.it 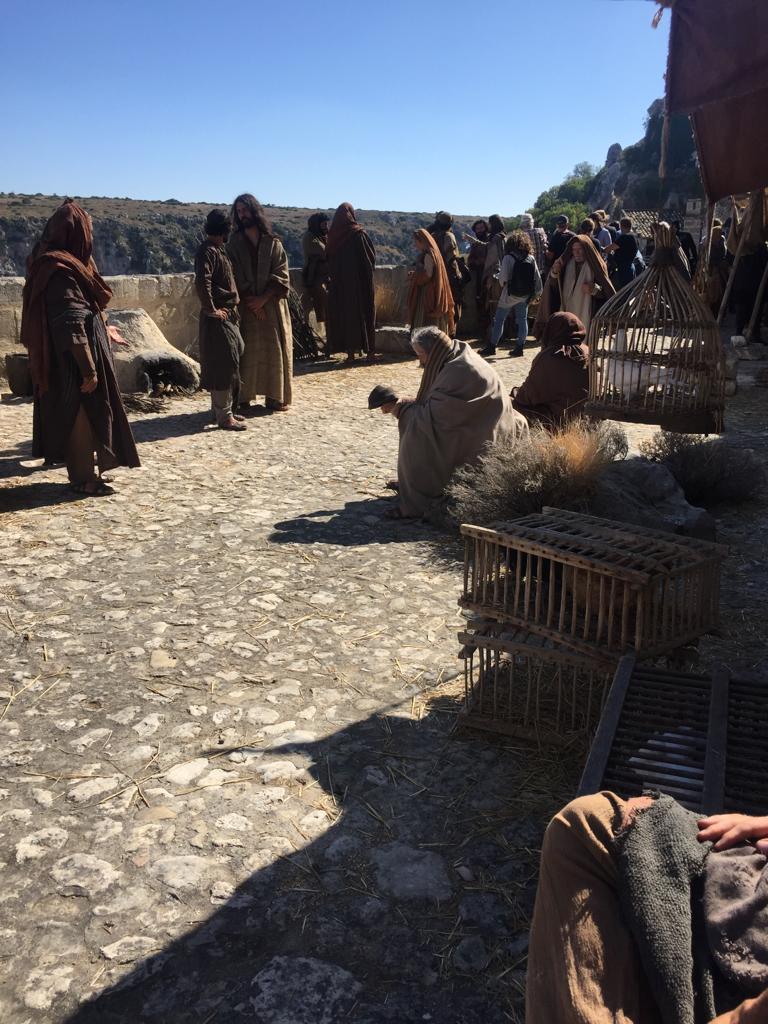 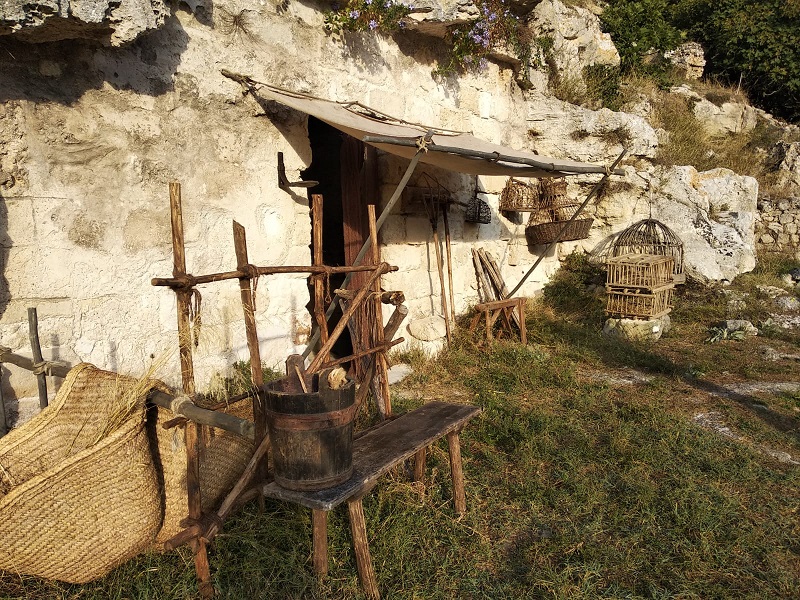 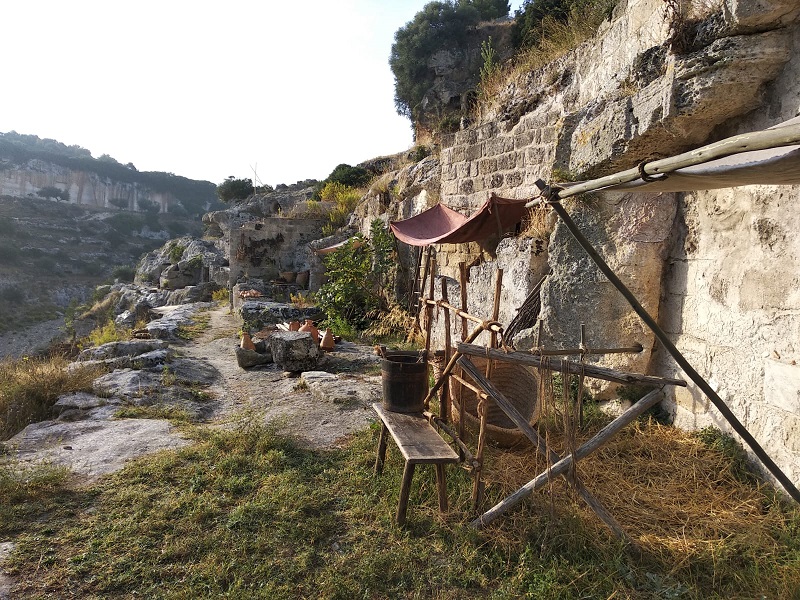